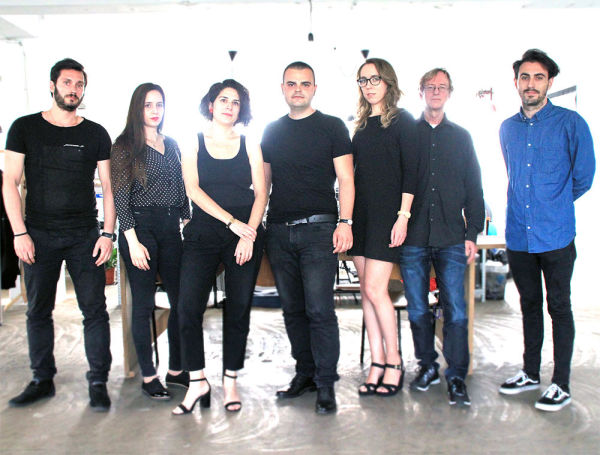 Architects for Urbanity (AfU) is a Rotterdam-based collaborative design and research office founded in 2015 by Irgen Salianji, Karolina Szóstkiewicz and Marina Kounavi. AfU’s work focuses on the analysis and design of cultural and mix-use buildings, as well as the research of the urban qualities that drive our contemporary cities.
The office covers a wide range of expertise; from interior design and architecture up to urban and landscape design. Among the ongoing projects of the office, the new Varna Regional Library is being further developed to be delivered by 2020, a project that was awarded the first price in the respective international competition. The office is also developing several housing projects in the Netherlands and Albania and is currently completing a book about the urban transformation of Tirana, to be published in 2019 by the Architectural Publisher B in Copenhagen.
In 2017 AfU won a shared 1st prize for the Wonen in Winkels competition of Gemeente Rotterdam, in 2015 the office was short-listed and completed the second phase of the international competition to design the new Bauhaus museum in Dessau. Other competition projects of the office include the new Women and Family Complex in Seoul and the renovation of the Town Hall building of Prague district 7 in 2016, the Guggenheim Museum in Helsinki and the redesign of Freedom Square in Thessaloniki in 2014, the Visitors’ Center SNCC in Athens and the finalist Trimo Urban Crash competition in Ljubljana in 2013, a Bioclimatic School in Creta and Porifera Central Library in Helsinki in 2012, as well as the Metro Station 20 in Sofia in 2011 and the Solar Park South in Reggio Calabria in 2010.
The current AfU team includes Irgen Salianji, Karolina Szóstkiewicz, Marina Kounavi, Ferdjan van der Pijl, Marialena Kasimidi, Maria Akrivou, Antonis Athanasiou and Charis Siaravas.